Warning: Declaration of SLB_Themes::_options() should be compatible with SLB_Base::_options($options_config = NULL) in /homepages/33/d397907438/htdocs/itsawildelife/wp-content/plugins/simple-lightbox/includes/class.themes.php on line 36
 Recipes | It's a Wilde Life 
Warning: Use of undefined constant JETPACK__VERSION - assumed 'JETPACK__VERSION' (this will throw an Error in a future version of PHP) in /homepages/33/d397907438/htdocs/itsawildelife/wp-content/plugins/jetpack-sharing/sharedaddy/sharing-service.php on line 442 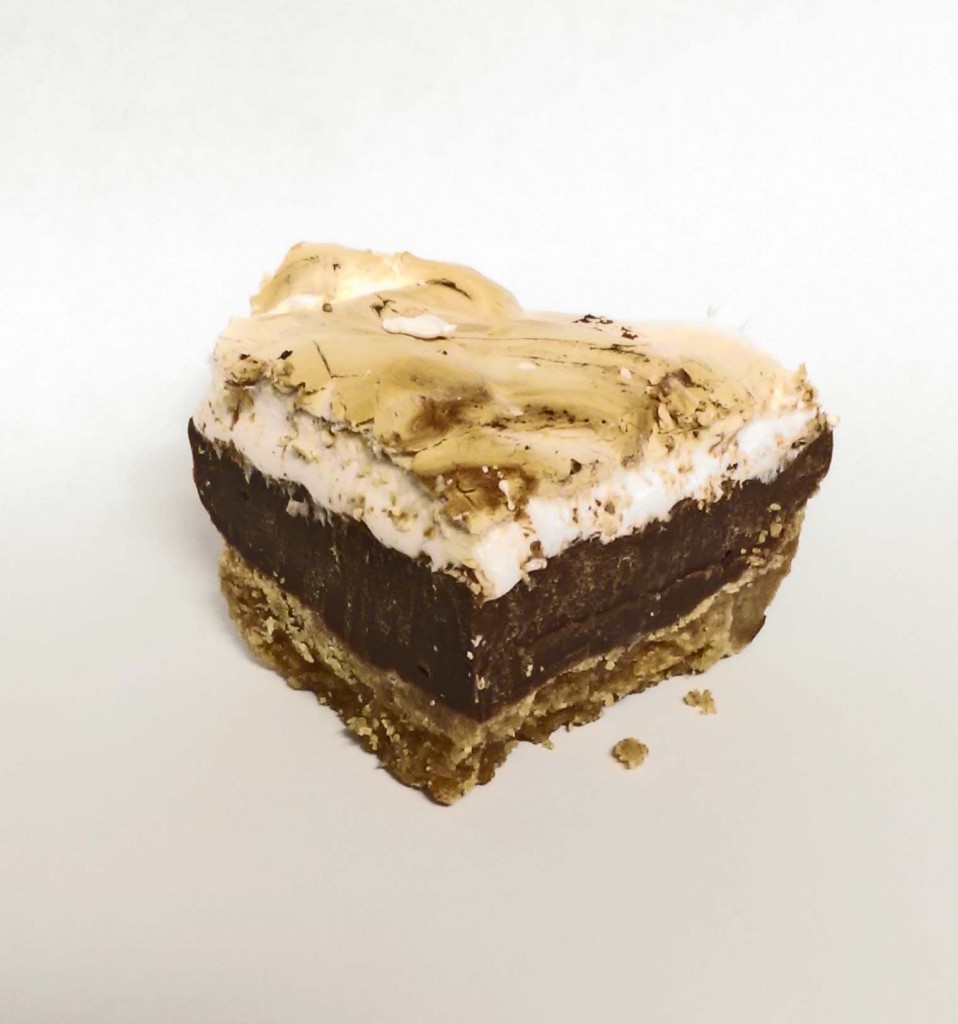 I haven’t had anything yet, so how can I have some more of nothing?….You’re killing me Smalls! These are s’more’s stuff! Ok, pay attention. First you take the graham, you stick the chocolate on the graham. Then you roast the ‘mallow. When the ‘mallows flaming… you stick it on the chocolate. Then cover with the other end. Then you scarf.

Scarf is EXACTLY what you’ll want to do if you make these. I was a little intimidated by the whole making marshmallow fluff from scratch part of the recipe, so I let it sit on my Pinterest board for too long! I’m so bummed that I could have been eating these daily, instead I sat here too scared to use my candy thermometer. DON’T MAKE MY MISTAKE! Make them NOW. These babies are like a campfire s’more in fudge form. Next time I make these bad boys…which, let’s be honest, will probably be tomorrow, I’m adding a layer of caramel between the fudge and the mallow…rebel, I know.

from Handle the Heat

Place the graham crackers, sugar, and salt in the bowl of a food processor and pulse until finely ground. Add the melted butter and pulse until the mixture is moistened. Press the mixture into the bottom of the prepared baking pan. Bake for 10 minutes. Remove to a cooling rack and let cool completely.

In a small saucepan set over medium-low heat, combine the chocolate chips and condensed milk. Heat until the mixture is melted, thick, and smooth, stirring constantly. Pour over graham cracker crust. Place in the refrigerator while making the marshmallow topping.

For the marshmallow topping:

In the bowl of an electric mixer fitted with the whisk attachment, beat the egg whites and cream of tartar until soft peaks form.

Meanwhile, in a small saucepan set over medium-high heat, combine the sugar, corn syrup, water, vanilla and salt. Bring the mixture to a boil and continue to cook until a candy thermometer registers exactly 240°F. Immediately remove from heat. Turn the mixture on low speed and carefully and gradually drizzle the syrup into the egg whites. Increase speed to medium-high and beat until the mixture is thick and glossy and looks like marshmallow fluff, about 7 minutes longer.

Spread the marshmallow topping evenly over the chocolate fudge layer. Place the pan under the broiler and broil for 1 minute, or until lightly golden.

Refrigerate the pan for at least 1 hour before cutting into squares and serving. The squares can be stored in an airtight container in the refrigerator for up to 5 days.